Paul Klee exhibition and some new work of my own.

I recently went down to London to see the Paul Klee exhibition at Tate Modern.  The pictures on show were fantastic and there were absolutely loads of them!  I hadn't realized before I went that he actually painted on a small scale.  Most of the pictures were no bigger than A3 size.  There were a few bigger ones, but not that many.  It was very inspiring and to see them for real meant you could get an idea of how he worked.  It took us something like two and a half hours to get round them all, and it was quite intense because you had to get very close to most of them to really see them properly (due to their small size).

I felt very inspired to do some painting as soon as I could when I got back to Leeds,  so I have been working on some new pictures of my own this last couple of weeks.  I haven't got many finished ones yet, so I will not show you the unfinished ones. Here's a finished one... 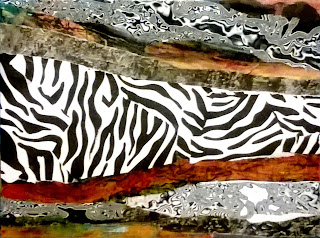 Also there are a few quite interesting pictures I did on my phone.... 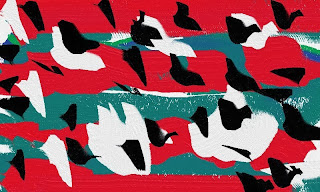 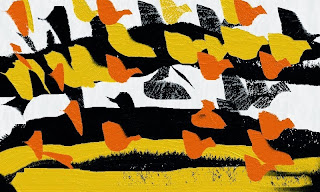 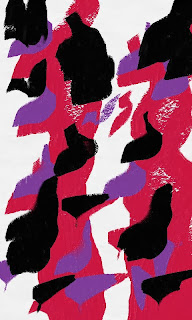 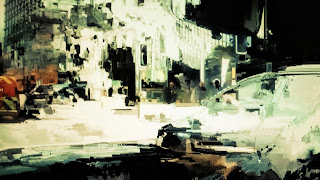 There's a new Rev Rev tab you can check out now.

We did a gig at the Golden Eagle in Chester on 4th October.
Here is a review by Dan Schott;

The recording I made of the gig sounds very good.  Some good psych jam elements.
We're going to release a live album sometime next year.  We already have some good tracks and this last recording has plenty of fine ones.  They get better every time.
The recording sounds a hell of a lot better than the video footage linked above, I hasten to add.

It always takes us a few songs to get warmed up, but when we get going, the going's good.  We did two sets on the night.  The second set is always better than the first.
We don't actually rehearse very much because I live in Leeds and the rest of the band live in Chester.